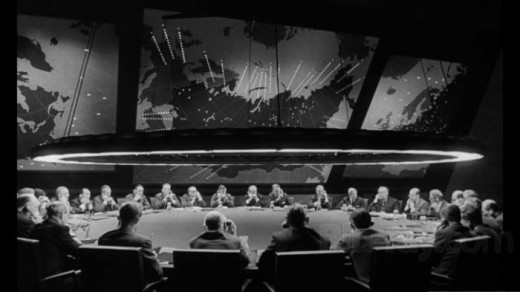 Dr. Strangelove or: How I Learned to Stop Worrying and Love the Bomb, is the legendary filmmaker Stanley Kubrick’s collaboration with legendary comedic actor Peter Sellers, for this 1964 political black satire, became one of the greatest comedy cold war films ever made. A film about what could happen if the wrong person pushed the wrong button -- and it played the situation for laughs. U.S. Air Force General Jack Ripper goes completely insane, and sends his bomber wing to destroy the U.S.S.R. He thinks that the communists are conspiring to pollute the "precious bodily fluids" of the American people. Director: Stanley Kubrick (A Clock Work Orange, The Shinning) Cast: Peter Sellers, Slim Pickens, George C. Scott and James Earle Jones.