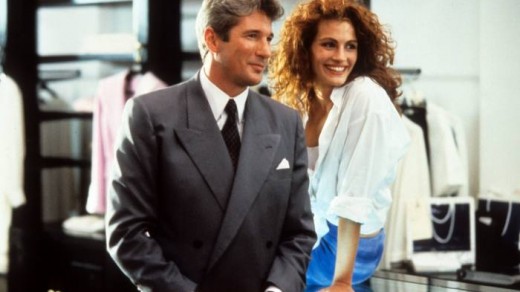 1990 hit, that become of the one of the highest grossing romantic comedies of all time, starring Richard Gere & Julia Roberts, who won a Golden Globe for Best Actress. In this modern update on Cinderella, a prostitute and a wealthy businessman fall hard for one another, forming an unlikely pair. While on a business trip in L.A., Edward (Richard Gere, Runaway Bride), who makes a living buying and breaking up companies, picks up a hooker, Vivian (Julia Roberts, Notting Hill), on a lark. After Edward hires Vivian to stay with him for the weekend, the two get closer, only to discover there are significant hurdles to overcome as they try to bridge the gap between their very different worlds. Director: Garry Marshall Cast: Julia Roberts, Richard Gere, Hector Elizondo & Laura San Giacomo.