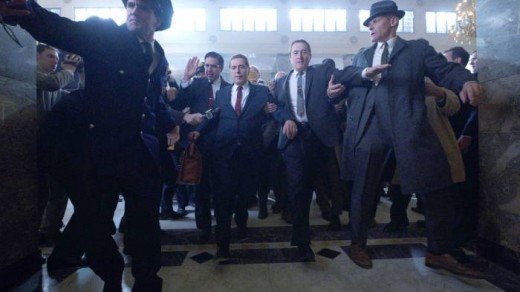 Please join us for a live satellite broadcast of the London Film Festival’s Closing Night Gala a preview screening of Martin Scorsese's epic new film, The Irishman. This is an exclusive opportunity to see red carpet footage from Leicester Square and interviews with the film's creators followed by a special preview screening of The Irishman. A total showstopper which is Scorsese's ninth collaboration with Robert De Niro, The Irishman see's the master filmmaker returning to the gangster genre he helped define, with a mystery that has never been solved - who killed Jimmy Hoffa? Presented by the BFI London Film Festival in partnership with American Express and with thanks to distributor Netflix. The Irishman Image: © Courtesy of Netflix